What’s in a Name? The Story of “Mayo Clinic” 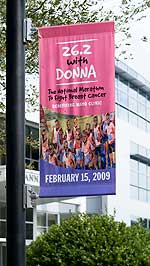 “Mayo Clinic” is one of the best-known and most-trusted “brand names,” but its origin has more to do with our inherent values than with any sophisticated marketing plan.

Mayo is a family name. William Worrall Mayo, M.D., a frontier doctor, settled his young family in Rochester, Minn., when he was appointed as an examining surgeon for the Union Army during the Civil War. In the 1880s, his sons, William and Charles, finished medical school and joined his medical practice.

The opening of Saint Marys Hospital in 1889 helped fuel rapid growth in the family practice. Starting in 1892, the Doctors Mayo took on partners whose skills complemented their own. This development paralleled the growth of specialty fields in medicine.

Officially, the practice was known by the name of the partnership, which varied as members joined or left. Unofficially, members called themselves “the group.”

“Mayo Clinic” originated with doctors who came to learn from Dr. Will, Dr. Charlie and their colleagues.

At the time, medicine had a guild philosophy. Many practitioners jealously guarded their skills, fearful of losing prestige or patients. The Mayo brothers, by contrast, had an open door—they welcomed doctors who wanted to enhance their skills, and they traveled widely to learn best practices.

Doctors who came to Rochester spoke of visiting “the Mayos’ clinic.” In those days, “clinic” had a meaning similar to “continuing medical education” today. “The Mayos’ clinic,” therefore, was a place to learn.

Railroads, patients and the news media picked up on this nomenclature, and “Mayo Clinic” entered the vernacular. “Mayo Clinic” became an official title in 1914 when we opened the first building designed for our practice.

Helping and sharing—two qualities that distinguish Mayo Clinic today—were at the heart of what became a famous “brand name.”

Matt Dacy is the director of Mayo Clinic's museum, Heritage Hall. You can see an interactive timeline presentation about Mayo Clinic's Tradition and Heritage on mayoclinic.org.