A Bite of Life…

When I think about my family’s history with the Mayo Clinic, I immediately think of the kitchen ceiling in my childhood home, where a pale orange circle about the size of a basketball is forever stained into the plaster. Most people probably wouldn’t even notice it’s there, but we do. It has a story, of course. Not an entirely cheery one, but we have a family philosophy that if it makes for a good story… you really can’t complain.

My mother, Sharon, had her first tumor in her jaw just after my birth in 1973, and it cost her four teeth and a large chunk of jawbone. 1977 brought the birth of my younger sister, Britney, and another tumor. This one took a deeper, “U” shaped piece of the bone. A year later, a third tumor took the entire lower left quadrant of her jawbone, which was replaced with a metal rod. Winter always meant thick scarves wrapped around her head because the rod would get cold and radiate a monster ice-cream headache.

When she began having pain in her front left teeth, my grandfather intervened. His search led us to the Mayo Clinic and Dr. Keller, who had personally treated hundreds of such cases. The plan was to stabilize the front teeth and eliminate the painful bar by rebuilding her jawbone with a section of her hipbone. But instead, awoke to find the remaining five teeth and exactly half of her lower jawbone missing because of additional tumors discovered during the surgery. She was devastated, but six months later returned for her reconstructive surgery and returned home with her teeth wired shut.

For the next two months, virtually everything she ate was either sucked through a straw, or squirted into her mouth with a giant syringe (minus the needle). By about week three, she had dropped an alarming amount of weight and was desperate for something resembling real food. So my endlessly patient father pureed some spaghetti and spooned it into the syringe. Despite his efforts, the food still clogged the syringe, and we looked on with helpless unease as my mother faced yet another defeat.

In a flood of frustration and disappointment she slammed the syringe onto the counter -- spraying the entire contents straight upward to form drippy orange stalactites on our pristine white plaster ceiling. Tears quickly turned to laughter, and the stain and story remain vivid for us.

For the next 25 years, my mother struggled with eating. Her new jawbone was a wonderful improvement, but she could still only chew on the right side. The long term effects included joint and bone erosion and the painful atrophy of her salivary glands and the left side of her tongue. But the daily struggle to eat was much harder to watch. My mealtime memories of my mother are all the same… she rarely finished her plate because she would stop either when her mouth was aching with fatigue, or when everyone else was finished with their meals.

Finally in 2008, her medical complications were extensive enough that the insurance would assist with the implantation of a prosthesis to restore a full mouth of teeth. After more surgeries to implant posts into her jaw, we returned in September for her permanent prosthesis. I watched as Dr. Koka secured it in place, and then something happened that no one had anticipated. Since the earliest surgeries, she has been troubled by the slight droop of her left cheek. Much like our spaghetti stain, no one else would notice, but she did… and it showed in her eyes in every picture I’ve ever seen of her. As he finished the installation, she sat up and looked at herself in the mirror, and what I saw in her eyes brings a tear to mine even now…

She liked what she saw.

We knew the functional implications this final visit to the Mayo Clinic would bring, but we never anticipated the more subtle -- but no less powerful -- impact it might have. The prosthesis filled out her jaw and cheek and smoothed the contour of her face. She beamed, and I cried.

Needless to say, we floated through the clinic that day on our way out to her first meal. We giggled, we laughed and as we approached the atrium the sun was shining through the glass and the flowers were blooming. It was as close to a perfect day as we could imagine.

And then we heard the piano and the laughter. From the balcony we could see an older couple sitting side by side at the piano playing together and entertaining a host of people. Some were in wheelchairs, others were sitting with canes beside them or standing. Everyone was smiling with all burdens forgotten for the moment. The joy was absolutely indescribable. When we asked them to play one more for us, Fran and Marlow Cowan, who have been married for more than 62 years, treated us to an exceptional performance that is now a “youtube” sensation.

We walked to a nearby restaurant and she ordered a sandwich she would not have tried eating just hours earlier, and I snapped a few shots as she took her first full ½ circle bite out of a chicken sandwich in 25 years! You don’t have to know my mom to clearly see in her face what that meant to her… first the disbelief, then the tears, then raw pride and pure joy. AND… she liked the pictures!!! She was a new woman. 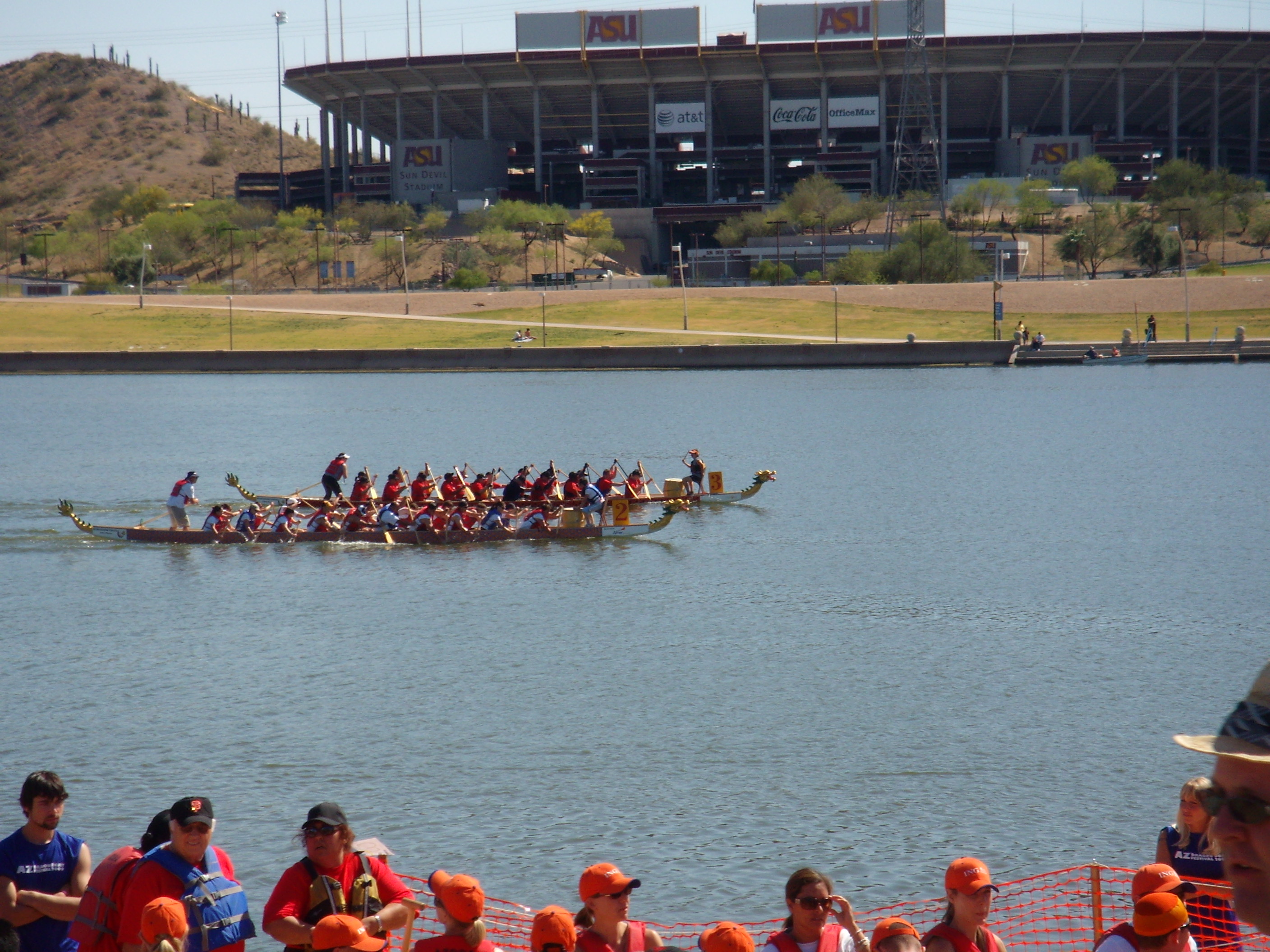 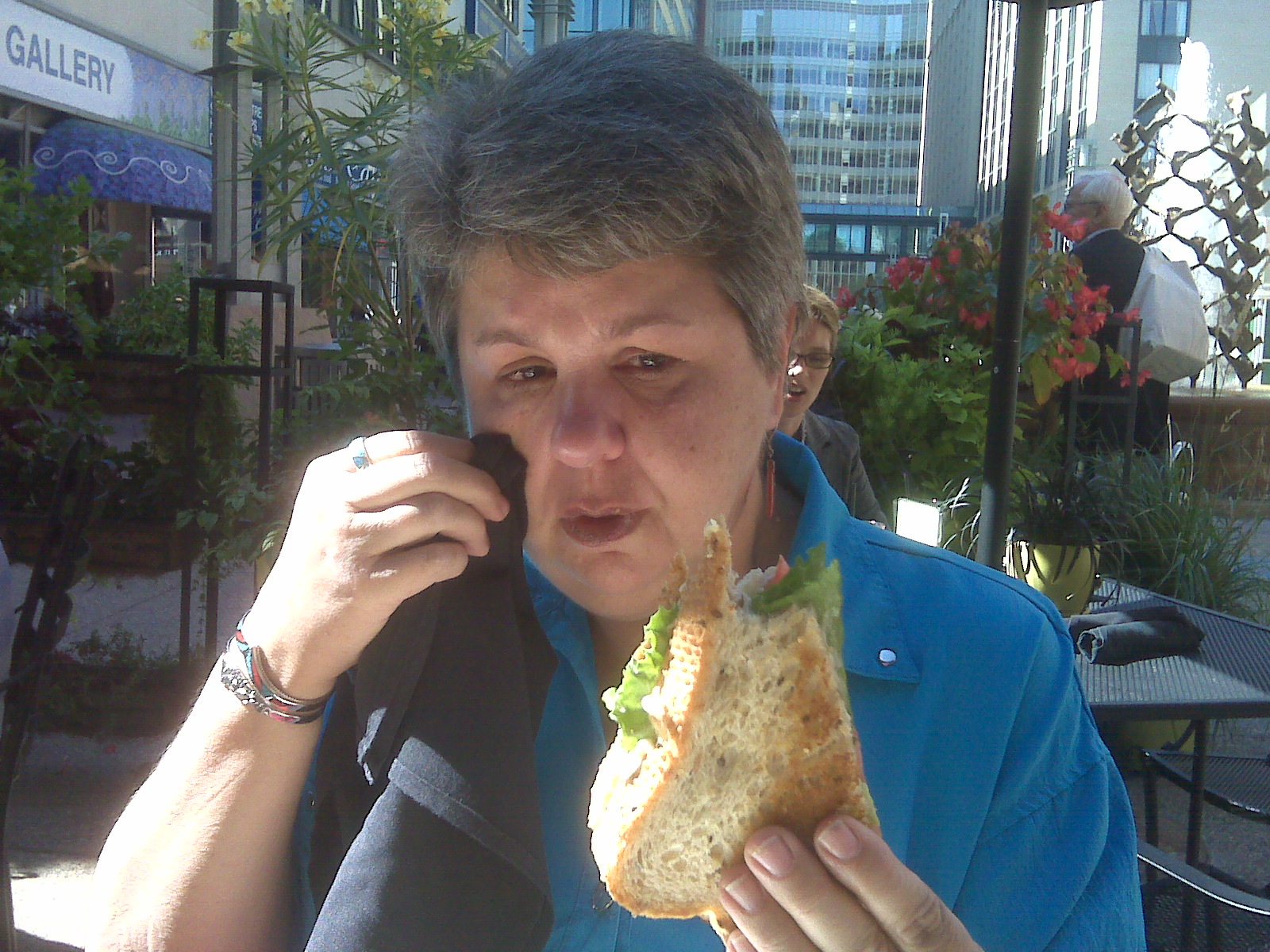 That piano captures just one part of what makes the Mayo Clinic so remarkable. It’s a place where people come not only to be healed and made whole physically, but spiritually as well. Around that piano we come together as an ad hoc family -- a community of people on different, but similar journeys – to heal together and share what brings us hope and joy.

And that makes for great stories…

Click here to read and listen to other Mayo Clinic patient stories.

Update (5/10/09): This morning's Des Moines Register has a feature on the Cowans and how they've become a YouTube sensation without owning a computer. If you enjoyed this video, you'll want to be sure to check that out, too.