Brenda Bonds, a Mayo Clinic patient from Wisconsin, shared this story recently via email. To share your story, click here for options.

Pain is a fascinating phenomenon. The stronger it gets, the more it steals your life away. And I was clinging to mine. But four years earlier, a few random pains were only a minor annoyance.

Then six months later I was diagnosed with a pituitary tumor. Meanwhile, those strange pain attacks on one side of my head began to make my eye water. They would start with pressure that built to a peak of pain, and then faded away. Over the next three years I saw my primary doctor, an endocrinologist, an allergist, an ENT, a neurosurgeon and a neurologist about them—but no one had a clue and so they continued.

Then this spring I began having more attacks that were growing in severity. I took naps in my car over lunch just to get through the day. I was tired all the time and eventually needed to take a medical leave from work. It seemed like everything in life triggered an attack—walking, bending, showering—even light, sounds and smells. I became isolated in my home and thought I was eventually going to die from this.

One day I became so desperate for just a moment of relief that I sliced the top of my arm with a knife. The cuts hurt just enough to distract me from my head pains, and then the endorphins kicked in. It was like a two-hour vacation from hell.

By now it had been four years and still no one was medically helping me. My primary doctor wanted me to see a pain psychologist to help me “cope.” Some of the attacks were up to a level 10—the worst a human being can feel. I was fighting to stay off the edge of insanity—and there was no way to “cope” myself away from it.

After endless arguing with my HMO and finally using my own savings, I went to the Mayo Clinic in Rochester. There I met my hero—a neurologist named Dr. Ivan Garza. He listened to me, considered all possibilities, and said he wouldn’t give up until I was well. He solved my mystery, and though my recovery wasn’t overnight, I eventually did get my life back like he promised.

It turned out that my condition is very rare. It’s called SUNA (short-lasting unilateral neuralgiform headache attacks with cranial autonomic features) and difficult to diagnose because there’s no test. But it is sometimes related to pituitary tumors. If you have pain attacks on one side of your head that builds to a peak and fades quickly, making your eye tear—please talk to your doctor. And if he or she doesn’t listen, find someone who will. He’s out there. 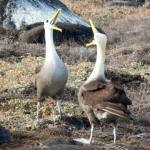 What an amazing story to read, even though, it’s now 7 years later 🙂

I’m going through a big “mess” right now, and although I live where the big hospitals are, right here, near Boston, I have yet to find the “right one” for “all of my problems” just yet. I have found one I love, but still working on many more.

My PCP is AWFUL lately, yet used to be so good.

I think they’re outgrown their practice, and have become too big, and quite frankly, I hate it.