Three Strikes … But Not Out 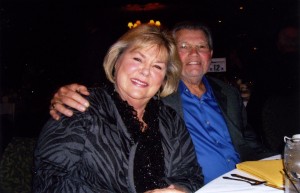 My name is Alfred “Bart” Howe and I am a very lucky guy. I was born 1938 in a small oilfield town in Oklahoma. Mary and I married in 1965 and have two married sons, a grandson and a granddaughter. Mary and I raised our family in Boulder, Colorado and have lived here for over 40 years. I like to think that my family has been, and is, the primary focus of my life. Prior to Amyloidosis, my personal hobbies included gardening, scuba diving, bicycling, downhill skiing, cross country skiing, hiking and climbing the 14,000 foot peaks of Colorado.

In Dec, 2001, Dr. Fleagle, of the Rocky Mountain Cancer Center (RMCC) diagnosed me with Multiple Myeloma, Phase 1. I was 63, and was in absolute shock. I got a speeding ticket on the way home. No one in our family had ever had cancer and I was, I thought, very healthy. I immediately started monthly IVs of Aredia, a biophosphonate, to strengthen my bones. I continued to work full time and continued all outdoor activities.

In Aug, 2003, I had extreme fatigue after climbing one of the harder 14,000 foot peaks in Colorado. I passed it off to getting a late start and being caught in a severe storm. In Oct, 2003, I went to Nepal for a long planned trek. During this trip I began to have extreme fatigue and had to stop the trek even though I was only at 11,000 feet. After returning to Colorado I continued to feel worse and immediately visited my oncologist, Dr Fleagle at RMCC. After much testing, a GI tract biopsy diagnosed Primary Amyloidosis (AL) in Dec, 2003.

After some research, I determined that Dr. Morie Gertz, at the Mayo Clinic in Rochester, Minnesota, was, and still is, a top Amyloidosis and Multiple Myeloma research specialist that accepted patients. I went to the Mayo Clinic in Jan, 2004 for a second opinion.  Dr. Gertz confirmed the initial diagnosis. I had Amyloidosis in the following organs: GI tract, kidneys, liver, heart, skin and spleen. In addition, I had congestive heart failure and restrictive cardiomyopathy. Obviously my condition was very critical. The decision to go to Mayo was one of the best decisions I ever made.

After arriving at Mayo, we began the tests for a SCT. However, on the first weekend at Rochester, thanks to my wife’s observations, she rushed me to St. Mary’s Hospital where I was in heart failure and had severe kidney complications. The situation was obviously very serious.  At the recommendation of Dr. Gertz, our two sons came to Rochester. The situation slowly improved and with dialysis, my kidneys restarted. I was then moved to Methodist Hospital in Rochester to the oncology floor for four days. We decided to stay in Rochester and be treated by Dr. Gertz. Another very good decision.

Shortly after being released from the hospital, I gained about 20 pounds due to edema. I learned how to address this after consulting with Dr. Leung, nephrologists, at Mayo. The good news is that I have not had dialysis since being in the hospital and my edema is now under control. Due to my weakened health, Dr. Gertz recommended that I not consider a SCT. I will always think this turned out to be a very good decision.

During our visit to Mayo we stayed in the Gift-Of-Life-Transplant House in Rochester. I can’t say enough good things about this place. There were people there for all kinds of transplants, some multiple. We were all in this together and the common bond was heartwarming.

I knew my new life was hard, very challenging and, at times, depressing. I was focused on myself and did not appreciate how hard it was on my wife. I know it sounds corny, but I now realized what “until death do we part” really means. Friends and relatives that came to visit made a world of difference in our challenge with life and what lay ahead.

I started melphlan IVs with Dexamethasone chemotherapy in February, 2004, for one day every three weeks. I stopped in September, 2004. Dr. Gertz and Dr. Fleagle both felt that I needed a chemo vacation. I was beginning to need a blood transfusion with each chemo treatment. The chemo slowed the progression of Amyloidosis but it did not put it into remission.

Dr. Gertz recommended me for a Revlimid (Levalidomide) trial at Mayo Rochester in Feb, 2005. For the first 3 months I went to Mayo every month. After that I went to Mayo every 12 weeks for a checkup as part of the trial. Between trips to Mayo I saw Dr. Fleagle and did my laboratory tests monthly at RMCC in Boulder, Colorado.

I was diagnosed with pneumonia and shingles in 2005, and a heart condition called Bradycardia, in 2007. Then, in 2009, I got a staph infection in my right leg. Beware of the odd years.

As predicted, 2011 has been a tough year. In January I developed a blood clot in my right leg. To top this off, I was then diagnosed with Prostate Cancer. I decided to have Intensity-Modulated Radiation Therapy (IMRT) starting in October. For the next 8 weeks I will have radiation every day, except holidays.

The Revlimid trial ended in August, 2011. The shock of losing my Mayo security blanket was very real. Mayo was truly my Mecca. I went a total of 33 times and each time was like going home. Mayo truly believes in quality of life. Now that the trial has ended I am being treated by Dr. Fleagle at the RMCC. However, if my condition turns “South” I will return to Mayo, per my discussions with both Dr. Fleagle and Dr. Gertz.

The most positive part is that I have been in remission for both Multiple Myeloma and Amyloidosis for several years. My liver is normal. My heart has greatly improved but I still have restrictive cardiomyopathy and congestive heart failure.

There are many things beyond a patient’s control … but there are also many things within our control.