The Woman Patient: Is Her Voice Heard? 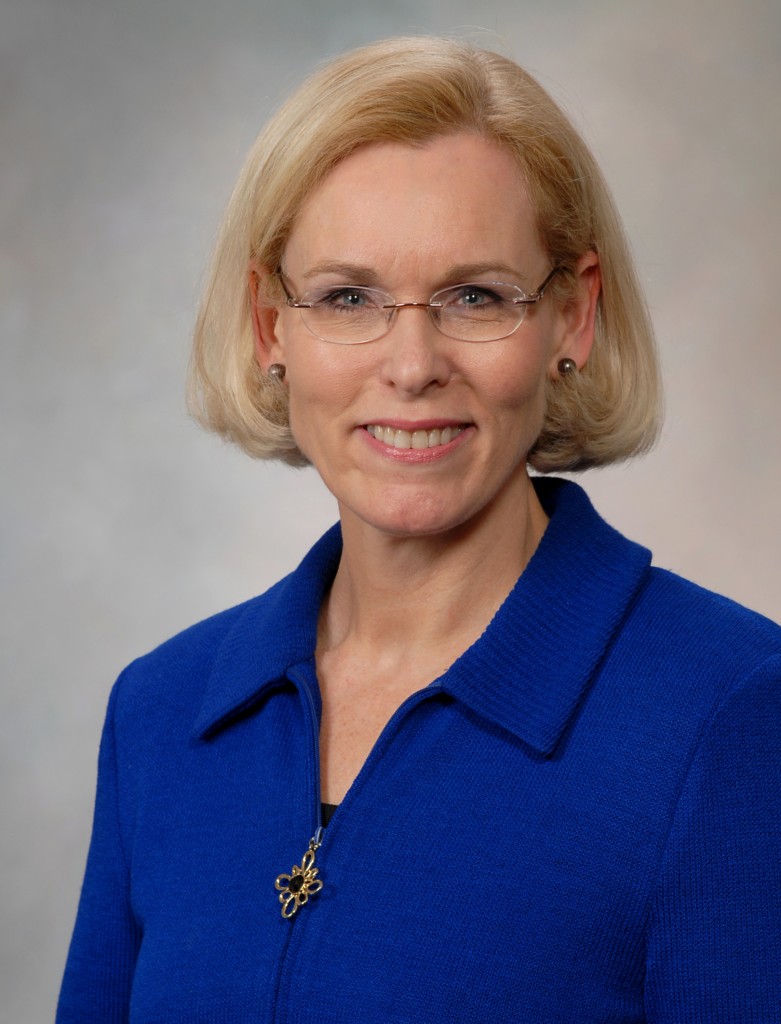 Mary I. O'Connor, M.D., chair of the Department of Orthopedics at Mayo Clinic in Florida.

[Editor's Note: Following is an article by Mary I. O'Connor, M.D., chair of the Department of Orthopedics at Mayo Clinic in Florida, sharing her perspective on how gender affects the care of women today.]

Should a woman have a female doctor? As a woman and an orthopedic surgeon, I am sometimes asked that question. While some women may be more comfortable discussing intimate matters related to sexual and reproductive health with a woman physician, a general assumption is that the care provided to patients by physicians is not influenced by gender. Unfortunately, data suggests that women do not always receive the same care as men.

This is not a simple issue. There are many factors that influence the patient-physician interaction and relationship. But the factor that may be the most powerful may be one we know surprisingly little about in the health care setting: unconscious bias. Unconscious bias may be the reason women receive fewer kidney transplants and heart surgeries. It may be so powerful that it even influences the care provided to children. A 2011 study by Butani and Perez showed girls are 22 percent less likely to be placed on a kidney transplant list than boys. Because an earlier transplant equates to better health, this gender disparity likely impacts the long-term outcome of these young women.

In my world of orthopedic surgery, a profession in which the majority of providers are Caucasian males, it is difficult to see unconscious bias. While there are always outliers, my professional colleagues are wonderful people truly dedicated to providing outstanding care to all their patients. My male colleagues have operated on my family and me with my complete trust. Yet research shows that unconscious gender bias exists, and that it impacts patient care.

In a powerful study performed in Canada, where access to physicians was no barrier, my friend Cory Borkhoff, Ph.D., studied the effect of gender on physician recommendations for knee-replacement surgery. Dr. Borkhoff and colleagues selected four patients: pairing one man and one woman with severe knee arthritis, and pairing one woman and one man with moderate knee arthritis. These ‘paired fake patients were trained to present to doctors with the same levels of pain, physical limitations and X-ray findings. The results were very interesting. For the paired fake patients with severe arthritis, doctors consistently recommended knee-replacement surgery to both the man and woman. However, for the paired fake patients with moderate arthritis, in which the judgment of the doctor would influence the recommendation for surgery, the orthopedic surgeons were 22 times more likely to recommend knee-replacement to the man than to the woman.

How do we interpret these results? First, it is important to note that further study is needed with larger groups of both patients and doctors. Second, Dr. Borkhoff was not able to show if there was any difference in recommendations given to the fake patients based on the gender of the doctor. Maybe women physicians will have the same unconscious bias toward female patients as a male doctor does.

While I would like to think it is not the case, I recognize that I was trained by nearly all male surgeons and may have adopted some of their biases. But I also know that my mentors and teachers were admirable, wonderful men devoted to my training and the care of their patients. I believe that the source of this unconscious bias seen in medicine is a bias against women deeply rooted in our society.

Of course we want to believe that we see everyone as equal. But in reality we do not. We are socialized to believe that women are more likely to have pain than men, or at least are more willing to complain of pain than men. Furthermore, women are seen as the "weaker sex" and our decisions may be negatively influence by the "time of the month" or hormonal status. While we know that there are true biological difference in pain pathways, physical strength and hormonal levels, these differences are framed in a negative light for women. Doctors see female patients through this spectrum. The unconscious thought is that women will be more difficult to manage from a pain standpoint after surgery, they will take longer to recover, and will require a longer hospital stay, more visits to the office, and more phone calls. Moreover, they are more likely to be obese (another important bias topic!) making the surgery more physically demanding for the surgeon and increasing the risk of postoperative complications. With insurer and public transparency over quality reporting of surgical outcomes, readmission rates and costs, is it any wonder that doctors unconsciously look at women as surgical patients somewhat differently?

How do we combat unconscious bias in medicine? We work on increasing awareness of biases by both physicians and patients. In addition to gender, race and ethnic bias can be present. After awareness comes education, with a focus on how physicians can limit the impact of bias in decision-making. We work on improving the diversity of the medical workforce. I do believe that if we had more women and minority orthopedic surgeons, we would change the culture of the profession. I am embarrassed to write that orthopedic surgery has the lowest percentage of women in residency training programs of any surgical specialty.

Two groups I am personally involved with are moving the needle in a positive direction. The pipeline of young women interested in orthopedic surgery is increasing due to the dedicated efforts of The Perry Initiative, a program that supports workshops for high school and medical school women to introduce them to engineering and orthopedics. Patients, physicians and policy makers are the focus of Movement is Life, a multi-stakeholder group focused on improving musculoskeletal care in America by decreasing health care disparities. I have been honored to co-chair this caucus for four years. We are in the process of creating a documentary focused on the impact of obesity, arthritis, gender, race and bias on people.  The women’s stories we captured are powerful, and you will not be able to watch it without being moved.

So should a woman have a female doctor? I don’t know, but I think that women need to make sure their doctor hears their voice. For those of us with husbands, it is easy to see how the differences in communication styles influence interpretations of conversations and subsequent actions. Make sure your doctor has a female ear.

--
Mary I. O’Connor, M.D., is chair of the Department of Orthopedic Surgery and professor of orthopedics at Mayo Clinic in Jacksonville, Fla.. She is medical director of Mayo's Office of Integrity and Compliance and serves on the Executive Operations Team at Mayo Clinic in Florida. 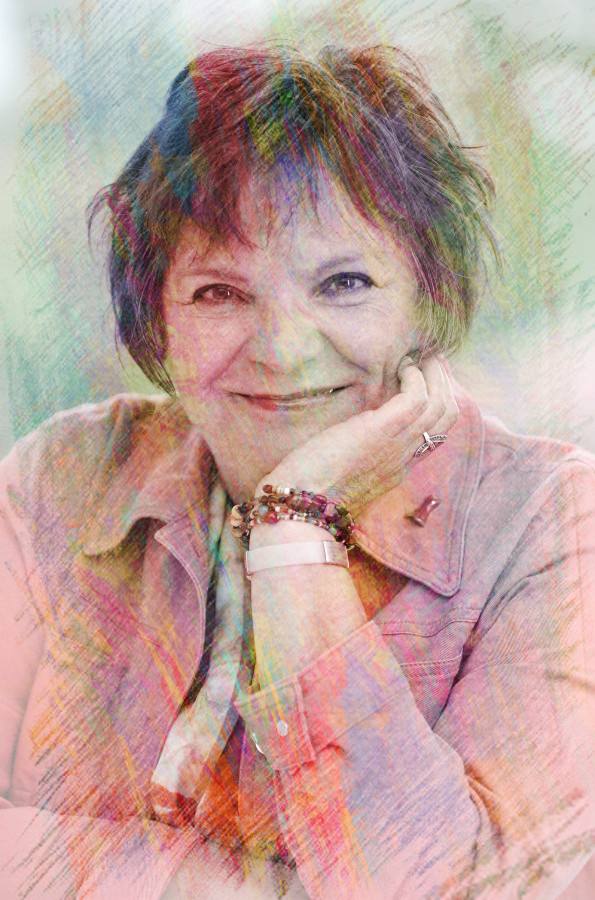 Thanks Dr. O’Connor for this important – and shocking – overview of a pervasive issue in health care. I’ve been writing about (and living with!) the reality of gender imbalance and unconscious bias since my own “widow maker” heart attack in 2008 (and my subsequent participation in Mayo Clinic’s “WomenHeart Science & Leadership Symposium” that same year). Even the name of my cardiac diagnosis tells you that docs don’t consider this a woman’s issue, right? They are not, after all, calling it the “widowermaker”. . .

I have quoted your essay on my blog, Heart Sisters – you might be interested in reading the many readers’ comments in response.

Many thanks for your good work on this issue.
regards,
Carolyn Thomas
http://www.myheartsisters.org