Sunny and Bill Meadows moved from Arkansas to Minnesota to volunteer their time to help other patients. "We hope that by giving back in this way, we can express our appreciation for all Mayo Clinic has done for us," they say. 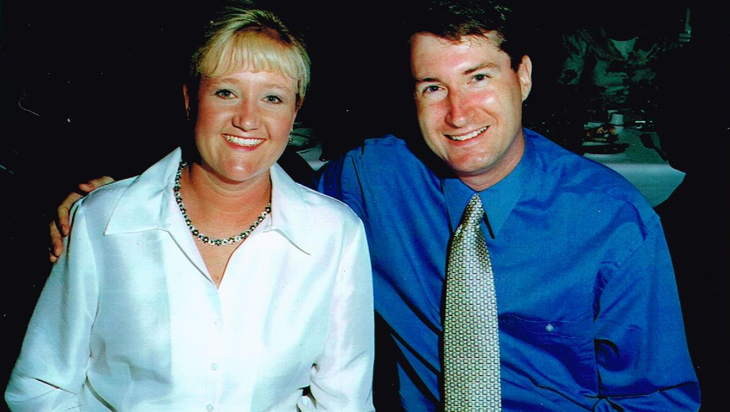 On the surface, Sunny and Bill Meadows' move from Fayetteville, Ark., to Rochester, Minn., doesn't sound particularly unique. Lots of people go from one part of the country to another. But rather than one of the typical reasons for relocation — such as taking a new job or living closer to family — the couple's decision to make a new home more than 600 miles away was based on deep gratitude and a keen desire to help others. Also, unlike most moves, it involved two kidney transplants.

The Meadows first traveled to Rochester in 2011 for appointments at Mayo Clinic. But their journey started long before then. Sunny was diagnosed with lupus in her early 30s. The disease took a heavy toll on her body over the years, eventually causing her kidneys to fail. Beginning in 2009, she required daily dialysis treatments that significantly restricted what she could do and where she could go.

After two years of dialysis, the couple began to explore the possibility of a kidney transplant for Sunny. Needing a new kidney due to lupus is not a common situation, however. The Meadows wanted to make sure she received care from medical professionals who had expertise working with people in her condition. Her local nephrologist recommended Mayo Clinic.

"From our very first visit, we knew Mayo Clinic was different," says Bill. "Even though we understood it was the place to go for unusual cases, we didn't have any idea that how extremely kind and caring everyone at Mayo would be. The patient-first philosophy was obvious from everyone there."

In June 2011, Sunny was part of a paired kidney donation at Mayo Clinic that involved six donors and six recipients. Sunny's sister gave a kidney to a recipient from New York. Sunny's kidney came from a donor in Arizona. The match was excellent, and her doctors are optimistic that her new kidney will last a long time.

After the transplant, Sunny's quality of life improved dramatically. She became much more active in work and at her church. The couple also began to travel, a hobby that had been out of reach while they were dealing with the effects of Sunny's kidney failure.

But enjoying this newfound freedom didn't seem like quite enough. When Bill and Sunny returned to Rochester for her one-year checkup, they told her medical team that they wanted to do something to help others. Bill volunteered to become a nondirected kidney donor — a donor who gives a kidney to someone he or she does not know.

"After going through years of sometimes agonizing days while Sunny was sick, there was little doubt in my mind that I wanted to at least offer an opportunity for someone else to have a second chance," says Bill.

He was accepted as a donor, and in October 2012, Bill underwent surgery to donate one of his kidneys. Then, after visiting Mayo Clinic for his four-month checkup, the couple began mulling over another idea.

As they were flying home, they both agreed that they felt a special sense of peace when they were in Rochester and at Mayo Clinic. Bill had previously spent dedicated time volunteering, so the two began considering the possibility of moving to Rochester and becoming full-time volunteers.

After that, several things happened that encouraged them to move forward. On a riverboat cruise the Meadows took during a visit to Belgium and The Netherlands, one of the first people they met — and who they got to know over the course of the trip — was a woman who had worked at Mayo Clinic for years. When they told their family about the idea, the couple received support and encouragement. As they explored the financial aspects of the move, they found they would likely be able to manage it. So in June 2013, they put their house in Fayetteville up for sale. It sold in 20 days, sealing their decision to move north.

In September, Sunny began volunteering at the Gift of Life Transplant House, which offers lodging to Mayo Clinic transplant patients and their families. Bill will spend his time volunteering at Charter House, a retirement community owned by Mayo Clinic in downtown Rochester. Their plan is to stay in Rochester for at least two years.

"It is hard for us to express how thankful we are for the care Sunny received. We are indebted to Mayo Clinic for saving her life," says Bill. "We hope that by giving back in this way, we can express our appreciation for all Mayo Clinic has done for us."