Traveling the Road of Life, Seizure-Free

For the past eight years, Nicole Dehn, 30, has had pangs of sadness whenever she passes a small grove of trees on the road near her Jacksonville, Fla., home. The trees are a constant reminder of the day epilepsy took her freedom.

Nov. 14 2005. It’s the day Dehn had a seizure while driving. Her car came to rest in the median atop the shrubbery.

“The trees are slanted and one is totally flat. Riding by it… it’s like a slap in the face every time,” says Dehn, who, though unharmed, lost her driving privileges.

The seizures began when she was 6 months old. They got progressively worse.  Typically, medication can control seizures in most people with epilepsy. But for about 30 percent of patients, they aren't effective or are intolerable. Over the years Dehn tried various drugs and treatments, even having a device implanted in her brain in an attempt to control the seizures. Nothing seemed to work.

Dependent on others to do even the most basic tasks like grocery shopping, Dehn says that despite the constant support from family and friends, “some days you start to run out of hope.”

But the team at Mayo Clinic's Comprehensive Epilepsy Center in Jacksonville was not done yet. In mid-2011 Dehn met with neurologist William O. Tatum, M.D., and neurosurgeon Robert E. Wharen, M.D., to learn about a new minimally invasive surgery being offered as a method to control seizures. Known as laser thermal ablation, the therapy was already approved by the U.S. Food and Drug Administration for treatment of tumors in other parts of the body. [Dr. Jerry Shih talks in detail about this laser thermal ablation treatment in this video]

For more than 50 years, the standard effective treatment for medication-resistant epileptic seizures has been brain surgery. Neurosurgeons remove a small circle of the skull and probe into the brain to cut out or isolate the area where seizures are occurring. The operation, known as a temporal lobectomy, is effective in up to 80 percent of patients when the seizures are localized. The recuperation period can be lengthy, involving several days in the hospital and one to three months for the patient to return to ordinary activities.

With laser ablation, however, a small hole is made in the back of the head and a laser probe is inserted through the brain and into the area that has been pinpointed as the source of seizures. Using MRI-guidance, the therapy is delivered within minutes and the probe removed. Most patients go home the following day. The procedure is available currently in Florida and Rochester, Minn., and early results are promising.

“This laser surgery was my last hope. I didn’t know what else to do,” says Dehn, who, on Dec. 12, 2012, became the first patient to undergo with procedure in Florida. She's been seizure-free ever since. 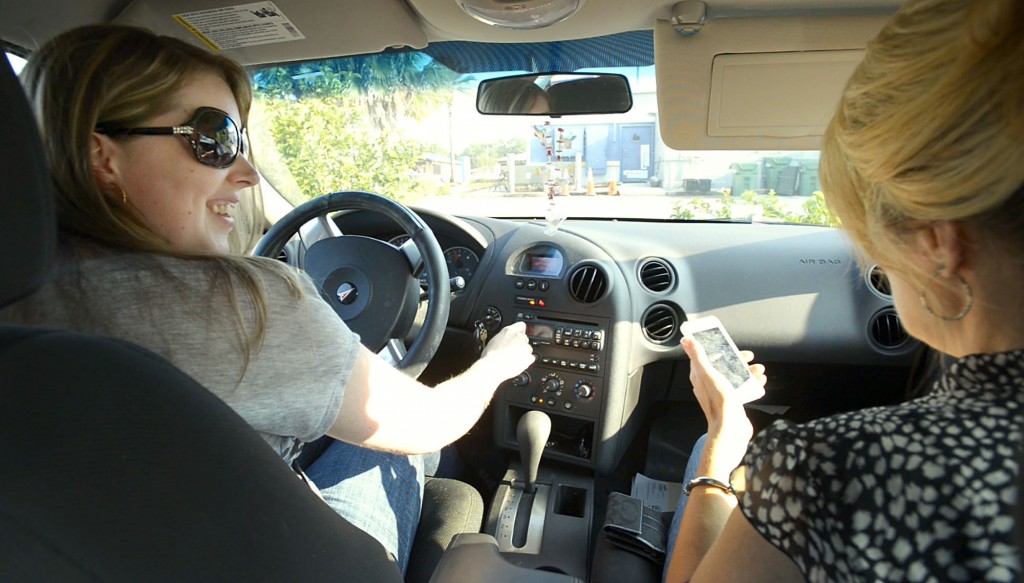 “Having the procedure done, everything has changed. I feel like I got my life back, I have new opportunities, I can move on in my life.”

And now she can drive herself. Eight months after the surgery, the Florida Department of Motor Vehicles reinstated her driving privileges.

Although she finds herself gripping the steering wheel a bit tighter as she drives past the trees, “it’s amazing to go where I want and leave when I want. Not having to catch a ride with someone or have them make unnecessary stops… it’s wonderful!”