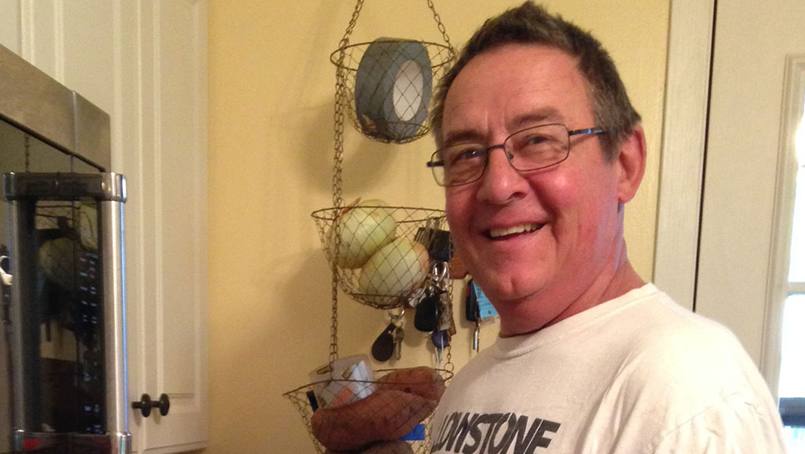 When Gary Pearson went in for a routine physical required by the Minnesota Department of Transportation to maintain his commercial driving privileges, he left with much more than a renewed driver’s license. The 58-year-old departed his appointment with an urgent directive from the nurse practitioner that examined him to see his primary care doctor. The reason: Gary had a bulbous lump on his neck.

“If she hadn’t found it, who knows how long it would’ve taken to detect it,” says Gary of Claudia Swanton, the advanced practice nurse in Mayo Clinic’s Division of Preventive, Occupational and Aerospace Medicine who performed the exam.

Her discovery led to a comprehensive evaluation of Gary’s condition. The result was a diagnosis of tonsil cancer, which was followed quickly by treatment with surgery and radiation therapy at Mayo Clinic’s Rochester campus. Although he’s still dealing with some side effects from his treatment, today Gary is cancer-free.

Providers in Preventive, Occupational and Aerospace Medicine specialize in exams to keep commercial drivers, pilots and others healthy and safe in their professions. They achieve this by focusing on prevention. When a concern does arise, they collaborate with colleagues in other areas to get patients healthy and safely back to their professional lives.

Gary, who is an industrial mechanic in Rochester, heeded Swanton’s advice and made an appointment with his primary care physician for the day after his initial exam. Believing the lump to be more than an inflamed lymph node, his doctor referred him to the Department of Otorhinolaryngology, or ENT, at Mayo Clinic. Gary’s Mayo Clinic care team performed an ultrasound and biopsy of his neck. The next day the news arrived. Gary had a tumor on his left tonsil.

“They had time for me, and that was the part that really impressed me.”  — Gary Pearson

Just days later, Gary found himself back in a room at Mayo Clinic talking with a team of five physicians involved in his care and treatment. It was a meeting that stunned Gary, who expected to meet physicians’ assistants or medical students, not the actual doctors who would perform the surgery and oversee his follow-up.

“I’d never heard of that,” he says. “They had time for me, and that was the part that really impressed me. Every patient I talked to said the same thing. They make you feel right at home, which was good because it relaxes you.”

That’s especially important, Gary says, for patients wondering what will happen to them.

“When they all sat down with me and said, ‘This is a big deal, but not that big of a deal, and your prognosis is really good,’ I walked out of there and said, ‘Whew!’”

Renewing a sense of appreciation

For Gary, the end result has been everything he’d hoped for. Following surgery to remove the cancerous tonsil and six weeks of radiation, none of the cancer remained behind.

He did have some frustrating side effects, however. Because the radiation was positioned at his neck, most of Gary’s taste buds were destroyed during his treatment. Despite his diminished sense of taste, Gary has attempted to maintain a healthy diet.

“Everyone seemed to genuinely care. If I had a problem, I could call, and five minutes later they’d call back. I was impressed with all the service. They got right down to it.” — Gary Pearson

“My wife and I had just remodeled the kitchen. We like making really nice dishes, so that’s probably been the toughest part because I can’t really taste food,” he says.

While Gary’s preference would have been not to have cancer at all, he believes the experience has given him insight he previously lacked.

“I appreciate a couple of things a little more, like waking up in the morning,” he says. “And I know I’m going to appreciate food more … when I get all my taste buds back.”

Gary credits his excellent prognosis not only with the fortuitous find at his physical exam, but his proximity to Mayo Clinic, as well. He and his wife, Gayle Fosterling-Pearson, had only relocated to Rochester from Delaware nine months earlier so Gayle could take a job at Mayo Clinic as an advanced practice nurse in the Department of Obstetrics and Gynecology.

“I’ve always known about Mayo, but it’s ironic that we moved here, and six months later I got cancer on my neck,” says Gary, adding that he met other patients whose lives were put on hold when they temporarily relocated to Rochester for daily radiation sessions.

Whether receiving treatments or recovering from his operation, Gary says the care he received at Mayo Clinic was universally compassionate.

“Everyone seemed to genuinely care,” he says. “If I had a problem, I could call, and five minutes later they’d call back. I was impressed with all the service. They got right down to it.”