From Patient to Advocate to Caregiver: Taking Charge of My Heart Health 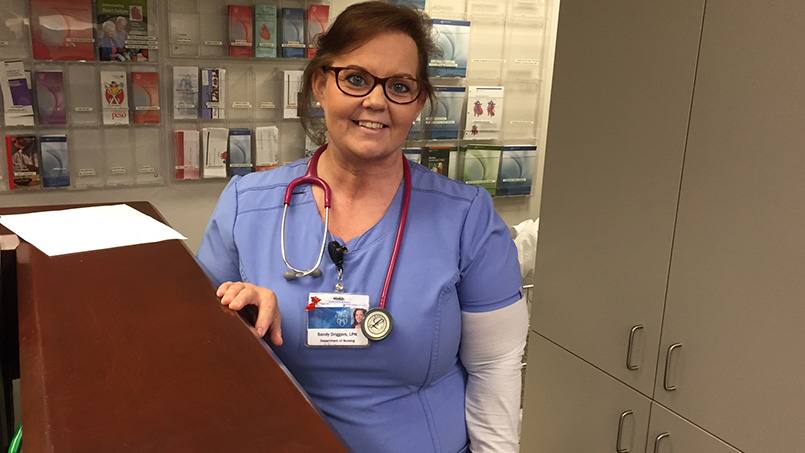 A heart attack at age 39 shocked Sandy Driggers into action. After surgery, Sandy lost weight, began exercising and went back to school to become a nurse. Now she helps others facing heart health challenges.

I struggled with my weight for the majority of my life. I never really gave a lot of thought to being healthy (or unhealthy) — or about how my weight and lifestyle impacted my risk for heart disease or a heart attack. I always thought heart issues were an older person’s issue, more of a man’s concern. Definitely not a problem for a woman, especially a young woman like me.

In 2005, I was 39. A wife, and a mother to two boys, ages 6 and 12, who I homeschooled. There were days when I would stress, trying to get things done and trying to be everything to everyone. I noticed that every time I would get stressed or exert myself in any way, I would have pain in my left arm.

I kept telling myself that I had pulled a muscle and nothing else. In the back of my mind, I was scared of the possibility that it could be my heart. But again, I was a young woman, and those things do not happen to us.

As time passed, my symptoms worsened, but I continued to ignore it. I remember being with my eldest son at the beginning of baseball season that year. We had gone to the field to pick up his uniform. I couldn’t even walk across the field without stopping to catch my breath. We went on a family trip to SeaWorld in Orlando, Florida. I could barely go from one exhibit to the next due to becoming out of breath and my heart racing.

I’ll never forget sitting in my bathroom with an automated blood pressure cuff taking my pressure over and over again, watching it go higher. I kept telling myself that I was much too young for this to happen to me.

My biggest fear was dying during the procedure, leaving my boys without a mom and my husband alone, trying to raise two young children on his own. — Sandy Driggers

The day finally came when I couldn’t ignore it anymore. It was Tuesday, Aug. 30, 2005. I had so much arm pain, I couldn’t cope. My husband was at work, and I felt ashamed at the thought I might be having a heart attack.

I was too embarrassed to call rescue. Instead, I called my mom, and told her I pulled a muscle and asked her to take me to the ER for X-rays, even though I think by that time I knew what it really was. As I looked at my precious young boys, I hugged and kissed them and told them how much I love them, honestly expecting to never see them again. I thought I was going to die.

When we got to the hospital I finally told my mom the words I tried to avoid saying: “I think I’m having a heart attack!” My husband was called as the doctors got busy working on me. I had nitroglycerin patches applied, along with anti-anxiety medication to try to calm my nerves. 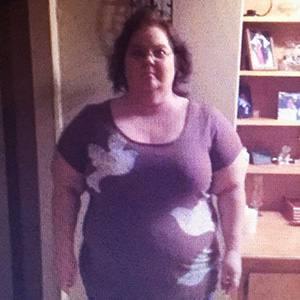 I was taken for a heart catheterization. It showed I had four blockages, including a blockage of the left anterior descending coronary artery. It was 98 percent blocked. I needed a triple bypass. It was the scariest thing I have gone through. My biggest fear was dying during the procedure, leaving my boys without a mom and my husband alone, trying to raise two young children on his own.

Surgery wasn’t easy. The surgeon removed the artery in my right arm for the bypass. Due to my age, they said it would last longer than a vein in the leg, which they often use for a bypass. Recovery was long and difficult. I spent several months in outpatient cardiac rehab. Being with other survivors really helped me to accept what happened and accept my new life. Then I got busy getting healthy.

During rehab, I heard people talk about having a second heart attack, and I knew I never wanted to go through that again. I got myself motivated by the thought of death and never seeing my children get married or getting to play with my children or grandchildren.

I watched what I ate, read labels, counted calories and fat grams. I learned to control my portions and started to substitute not-so-good-for-you foods with healthier options. I used to love to make a pasta dish loaded with cheese and pepperoni. Sometimes we’d eat that several days a week. But we cut that out and instead ate spaghetti squash. If we wanted something sweet, instead of making a pan of brownies, I’d make sugar-free pudding. Even though I do have splurges occasionally, I know what I have to do to live.

Exercise became a must. I began walking daily and going to the gym. When I first started, I could barely make it to the end of the driveway. Now I walk about five miles a day. We have made it a family affair, too. We’ve graduated from walking together as a family to the kids now going to the gym and running on their own. I’m really proud of our efforts.

Being with other survivors really helped me to accept what happened and accept my new life. Then I got busy getting healthy. — Sandy Driggers

As I worked my way back to good health, I decided I wanted to help other people. I never want others to go through what I did if it can be prevented. I enrolled in nursing school. It was a struggle over 13 months trying to balance my home responsibilities, being a wife to my husband, mom to my kids, and school, but I am so blessed to have the most amazing support group. My family would help do laundry, cook meals, listen to me if I needed to vent. And they encouraged me. I graduated with my nursing degree in May 2015.

I wanted to work in cardiology. I felt like it was my calling — where I needed to be. Only someone who has been through this can truly understand what it is like. In 2016, I had the chance to join Mayo Clinic. I love my job. I love to be able to give a hug, a supportive word, or sometimes a touch on the hand to let someone know I am here and I understand.

Today I’m 52, and I share my story to help people. I want women in particular to know they do not need to be embarrassed or ashamed. We are women who do a lot for others, but sometimes we need help, too. Ask for help when you need it.

I also encourage people to take care of themselves. I have always heard, and I now believe it even more, that we have to take care of ourselves before we can take care of anyone else. Take 30 minutes a day to go for a walk or even dance around the house. Just get up and move. It might just safe your life.

I am so proud of you Sandy. I was also scared of loosing you. I remember those days of walking the halls. God was good and I am blessed to still have my daughter. I love you

Thank you so much for sharing your story! You have made my day and I no longer feel like I just wanna crawl under a rock and die 🙁 I am 51 and just got diagnosed with CAD (coronary artery disease) and a vein leaking in my right leg! I’ve had a TIA a couple of yrs ago, have a pacemaker because in 2008 they diagnosed me with vasovagal syncope but I’m still having symptoms and now along with a long list of other diagnoses they think it may be something else…UGHhh!! I’ve always wanted to be an RN but kids and being a wife for over 40 yrs was my main priority even though I did get my BA in psychology and did some Counseling. Now that my 4th child just graduated and my last child graduates next yr, you have just motivated me to on how there’s hope and I can take care of myself first for a change now and go back to school for nursing too! 🙂 Thanks again and best wishes to you and your family! Continue to take care of yourself…Good job! 🙂