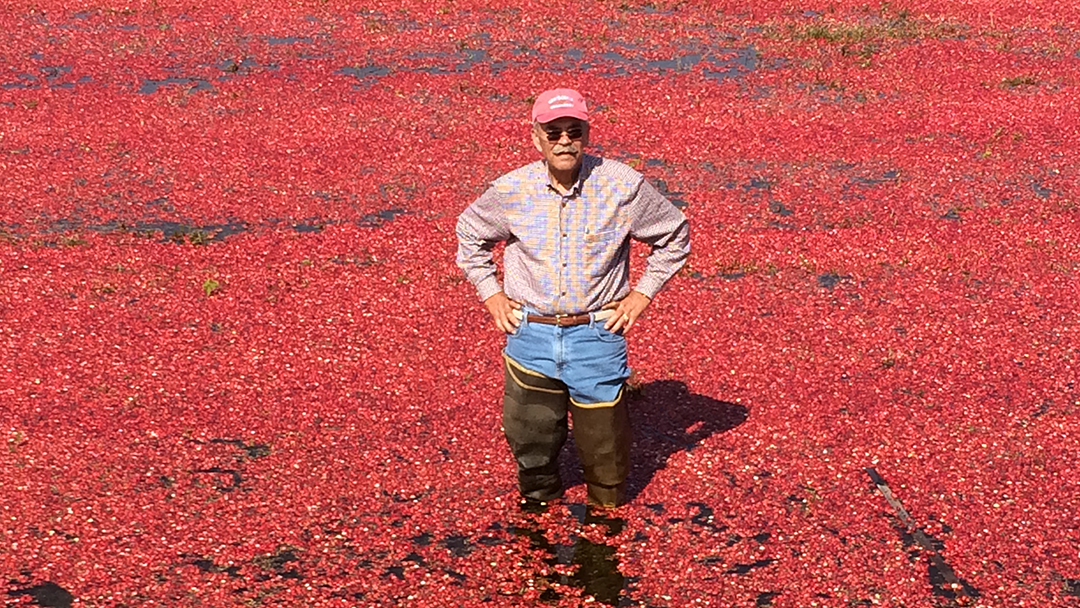 After years of chronic back pain, Guy Gottschalk was not optimistic that he would ever find relief. But a visit to Mayo Clinic not only significantly reduced his pain, it gave him the motivation to make important lifestyle changes that dramatically improved his health.

When he had his first appointment in Mayo Clinic's Division of Pain Medicine, Guy Gottschalk was oppressed by disabling pain. He was 5 feet, 10 inches tall and weighed 300 pounds. Chronic back pain prevented him from walking more than a short distance. Exercise was out of the question.

Guy's pain was the result of degenerative disk disease. The 70-year-old cranberry farmer from Wisconsin Rapids, Wisconsin, had tried a wide range of treatments to relieve the discomfort. But the pain persisted despite a laminectomy and a diskectomy, as well as steroid injections, physical therapy and pain medications.

In August 2015, Guy decided to seek care for his back problems at Mayo Clinic. A patient in Mayo Clinic's Executive Health Program for nearly 20 years, he was familiar with Mayo and trusted its comprehensive approach to care. That decision was the beginning of dramatic changes in Guy's life, including a significant reduction in his pain, a return to physical activity and considerable weight loss.

A ray of hope

When he arrived at Mayo Clinic, Guy met with William Mauck, M.D., chair of the Division of Pain Medicine. The situation Guy was facing at that time isn't uncommon, according to Dr. Mauck.

"Over 60 percent of patients older than 40 have degenerative changes in their backs. The older you get, the higher the chances," Dr. Mauck says. "Not all of these patients have pain, but some will."

For Guy, pain was a constant and debilitating presence every day.

After all the therapy he'd already been through, Guy was resigned to the fact that pain would always be part of his life.

"[Dr. Mauck] didn't rush to implant the device in me until he was convinced it would give me a lot of benefit."

"Most people think of pain as something the doctor fixes, and it goes away," Guy says. "When you've been told the pain is chronic, and it's never going to go away, it's a difficult thing to accept and live with, but eventually you do because you don't have any choice."

After a thorough evaluation, however, Dr. Mauck gave Guy a new choice. He could have a spinal cord stimulator surgically implanted in his back. The device would to deliver electrical pulses to nerves in the spinal cord that would override pain signals, reducing Guy's discomfort.

Guy appreciated Dr. Mauck's thoughtful approach to the problem, and he agreed to a spinal cord stimulator.

"Dr. Mauck is a straight shooter," Guy says. "He didn't rush to implant the device in me until he was convinced it would give me a lot of benefit."

In October 2016, Guy tried a test run with the technology. For a week, wires with electrical contacts were put in his spine to mimic the spinal cord stimulator. During that time, he enjoyed considerable pain relief. Surgery to implant a permanent device was scheduled for early the next month.

The surgery was a success. Since then, the spinal cord stimulator has reduced the pain significantly. That change marked the beginning of a series of health improvements for Guy.

"The spinal cord stimulator afforded me enough relief from chronic pain that I could successfully incorporate other lifestyle changes to improve my health and lose the weight," Guy says. "It was the catalyst to putting together this plan of how I was going to get healthier again."

When he first came to see Dr. Mauck, Guy's goals had been to play nine holes of golf, walk to and from his house in Venice, Florida, to the waterfront, and stand for 30 to 45 minutes without excruciating pain.

"I'm thankful for my health. And no small thanks goes to Mayo Clinic."

By September 2017, with his pain finally under control, Guy had lost 100 pounds. And by changing his diet and becoming more physically active, he was able to far surpass those original goals.

"I started playing 18 holes of golf three days a week with no problem and could easily walk a mile," he says.

Guy praises Dr. Mauck and the rest of his Mayo Clinic team for putting him on the road to renewed health.

"I thank God every night for the joy of human love and the sense to enjoy the wonders of the universe," Guy says. "I'm thankful for my health. And no small thanks goes to Mayo Clinic."

for 7 years I suffered with one pain after another. Went to surgeon with sciatica and he did a laminectomy and it worked. Two years later I began to suffer excruciating pain eough that I had a hard time walking. So now I am using a waker. Went back after a series of assorted shots and therapy and nothing worked. They said that a stimulator was a possibility. I was afraid. So hesitated and told them no even though they said that they could put in a temporary one to see how well I did. In the meantime coronavirus came on the scene and everything shut down. After reading your article I am considering going back an having the stimulator. If this virus ever lifts. The worst time of my life with this. I know I have arthritis and that always seems to be the last comment. Well you do have arthritis. So what do you think>
Thank you.

Editor’s Note:
Thank you for writing. Unfortunately, we cannot diagnose conditions, provide second opinions or make specific treatment recommendations through this website. If you would like to seek help from Mayo Clinic, please call one of our appointment offices (Arizona: 480-301-1735 Florida: 904-953-0853 Minnesota: 507-284-2511) or visit https://www.mayoclinic.org/appointments. Learn more about Mayo’s commitment to provide safe patient care: Safe in-person and virtual care (https://www.mayoclinic.org/covid-19). You might also consider looking into our Mayo Clinic Connect website (http://connect.mayoclinic.org), where you can communicate with others who may have had similar experiences. You can also read Mayo Clinic expert blogs and take part in educational events. Sharing Mayo Clinic editors
REPLY

I live in British Columbia with chronic back pain. Can I be helped?