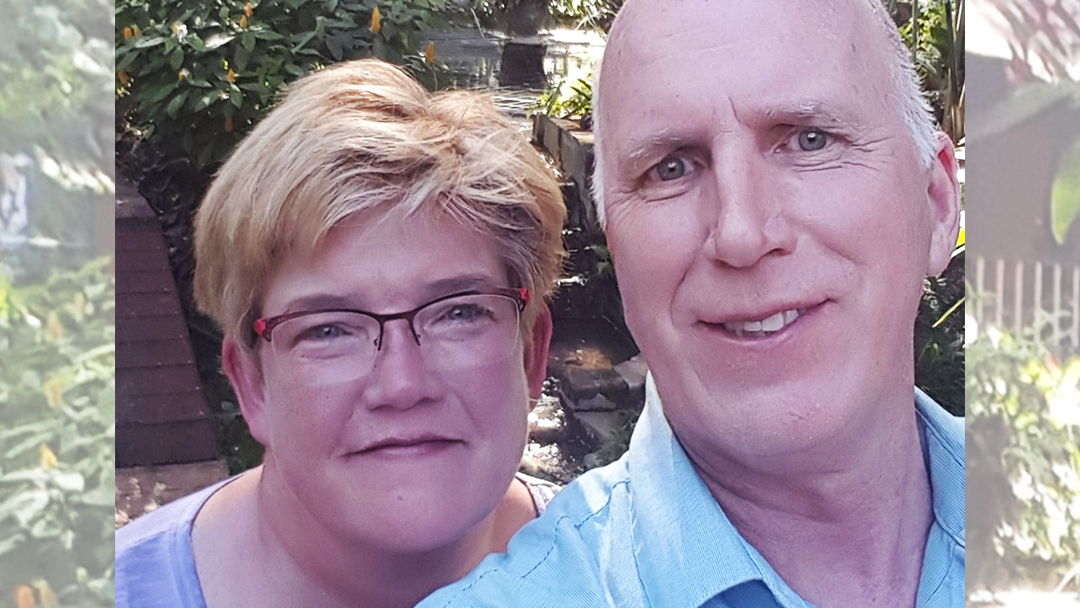 When Kim Russell was born in 1960 with a congenital heart defect, doctors weren't optimistic about her survival. Today, thanks to the individualized care and personal support of her Mayo Clinic team, Kim has exceeded all expectations.

When Kim Russell was born 58 years ago, her skin wasn't pink. It was blue. The color was due to a congenital heart defect that had profound implications for her life — then and now.

Kim's heart has only one lower pumping chamber, or ventricle. When she was born, her pulmonary artery, which feeds blood into the lungs from the ventricle, also was malformed. As a result, Kim's blood was poorly oxygenated. That made the blood blue, not red, when it was pumped throughout her body, leading to the blue appearance of her skin.

Despite her distressing symptoms, Kim was too small for surgery right after her birth. Until she grew strong enough for surgical intervention, Kim's parents grappled with the possibility that their medically fragile daughter might not survive.

But Kim did survive. Through the years, she's required ongoing medical care, though. And when she was in her teens, Kim and her family turned to Mayo Clinic, where Kim's medical condition has been followed by experts in Cardiovascular Medicine ever since.

Buoyed by her Mayo Clinic care team, including cardiologist Carole Warnes, M.D., Kim became an advocate and voice for other people born with congenital heart defects. She wrote a memoir titled In a Heartbeat.

Decades of individualized care have fostered gratitude in Kim for the Mayo team that has safeguarded her health and enabled her to face an uncertain future with courage.

"I have loved Mayo from the beginning," says Kim, who lives in Georgia. "Dr. Warnes just has a way with people. She never makes me feel afraid. Are there times where I've been scared? Yes. But she always has a way of making it seem like it's not that bad."

When it comes to heart defects, Kim's condition is fairly serious, according to Dr. Warnes. "Most people have two pumps in their heart, called ventricles. The right ventricle pumps blood to the lungs where it picks up oxygen. The left ventricle receives blood back from lungs, then pumps it through the body," Dr. Warnes says. "Kim was born with only one pump, a single ventricle."

Because of her condition, the oxygen-poor blood from Kim's heart and the oxygen-rich blood from her lungs mix together in the single ventricle. What's more, Kim's pulmonary artery, which delivers blood to the lungs to receive oxygen, never grew properly.

If Kim had been born today, the remedy for her condition would look drastically different than it did in the 1960s, according to Dr. Warnes. At that time, the shunting procedures were the most advanced surgical treatment available.

"My cardiologist was worried that he wasn't seeing something because there was no way that somebody with my condition could live that long."

"More than 60 years ago, surgeons didn't think it was possible to operate on the heart at all. This is a very different scenario from now," Dr. Warnes says. "Back then, the only thing available for babies was creating these surgical shunts outside the heart."

After the shunts were placed, Kim's parents allowed her to live as ordinary a life as possible.

She rode her bike and played with friends, if only for brief periods. If she pushed herself too hard, Kim would turn blue. When that happened, it was a sign she needed to rest.

"My doctors gave my parents some good advice," Kim says. "They said: 'She has a heart condition. Do not make her into an invalid. Let her do what she wants to do because when she gets tired, she won't be able to do anything.' And my parents let me do that."

Enjoying normalcy, thanks to specialized care

Kim's second shunt markedly improved her health, but her surgeons were unable to predict how well the shunts would work or how long they would last. As she grew, the shunts enabled Kim to live a normal life, albeit a little more slowly than individuals with healthy hearts.

When she was a teen, Kim's family moved to Georgia, and she sought care from a team of Atlanta-based physicians. As an active high school student, Kim was involved in extracurricular activities and worked a part-time job. Although all seemed well, her healthy appearance perplexed her care team.

"My cardiologist was worried that he wasn't seeing something because there was no way that somebody with my condition could live that long," Kim says.

Kim was referred to a different health care facility. That referral led to another: this time to Mayo Clinic's Rochester campus.

At Mayo Clinic in 1976, Kim was seen by team of physicians from the Department of Cardiovascular Medicine. Tests to determine how well her shunts were working revealed nothing was wrong with them. Kim's team informed her that she eventually would need another operation to replace the old shunts. But because the previous repairs continued to serve her well, it was best to leave them alone. Kim was advised to return home, continue being monitored and come back to Mayo when her local care team determined the shunts needed replacement.

"I didn't need that third surgery until I was 32, which is pretty amazing."

So Kim went about her life. She graduated from high school and went to college. When she was 20, she fell in love and got married. A year later, she and her husband adopted a daughter. Kim worked a full-time job. She wrote a book. She started a nonprofit for individuals with congenital heart malformations.

In her early 30s, however, the two shunts that had allowed for her active life began to fail. "At the time, I was working 14-hour days, four to five days a week, and I was slowing down," Kim says. "But I didn't need that third surgery until I was 32, which is pretty amazing."

When Kim returned to Mayo Clinic in December 1992, her medical team suggested the shunts be surgically replaced. The night before her surgery, Kim met with cardiac surgeon Gordon Danielson, M.D., to talk about the operation. She learned that both of the Blalock-Taussig shunts would be removed. In their place, two new shunts would form vital connections to enhance her blood supply. One of the shunts, a central shunt, would connect a branch of the aorta to the pulmonary artery.

"I had lived with those shunts my entire life. They were keeping me alive," Kim says. "It was an emotional and frightening night. Dr. Warnes came in and assured me that she would not let me go through the surgery if she was not confident about the outcome. Of course, surgery is always risky, but the benefit far outweighed the risk."

Kim says that the first few days and weeks after surgery were difficult. But since her operation, she has done amazingly well.

"Years ago, people would never imagine a patient with a single ventricle would make it beyond childhood or early adolescence, never mind their late 50s," Dr. Warnes says. "The function of this one pump working instead of two has really done quite well over the years."

Since her third operation, Kim has continued to receive follow-up care at Mayo Clinic. "They have done a wonderful job," Kim says. "The Mayo system is just a breath of fresh air. I love coming here."

Through the years, Kim has required medications to manage symptoms associated with having abnormal heart structures. Issues such as high blood pressure in her lungs and an irregular heartbeat have required prescription medication with side effects of their own. One of Kim's medications caused her to develop thyroid disease, and she had her thyroid removed in 2007.

"Kim deals with all of it with extraordinary courage."

While Kim's condition has presented her with challenges, it also has fueled in her a desire to connect with others and provide education about congenital heart disease. Sixteen years ago, she and her husband became involved in Camp Braveheart, a summer camp for children with congenital heart defects. They also became involved with the Adult Congenital Heart Association. In 2004, at Dr. Warnes' urging, Kim spoke publicly about her medical journey for the first time. Two years later, her memoir was published.

From Dr. Warnes' perspective, Kim's acts of giving back — even amid a lifetime of uncertainty — are a testament to the fortitude and determination that have developed as a result of her condition.

"Kim deals with all of it with extraordinary courage," Dr. Warnes says. "She, like so many of these patients, tries to be as normal as possible. I'm happy she's grateful for the care she's received, but she very much wants to give back."