Repaired Deviated Septum is a Breath of Fresh Air 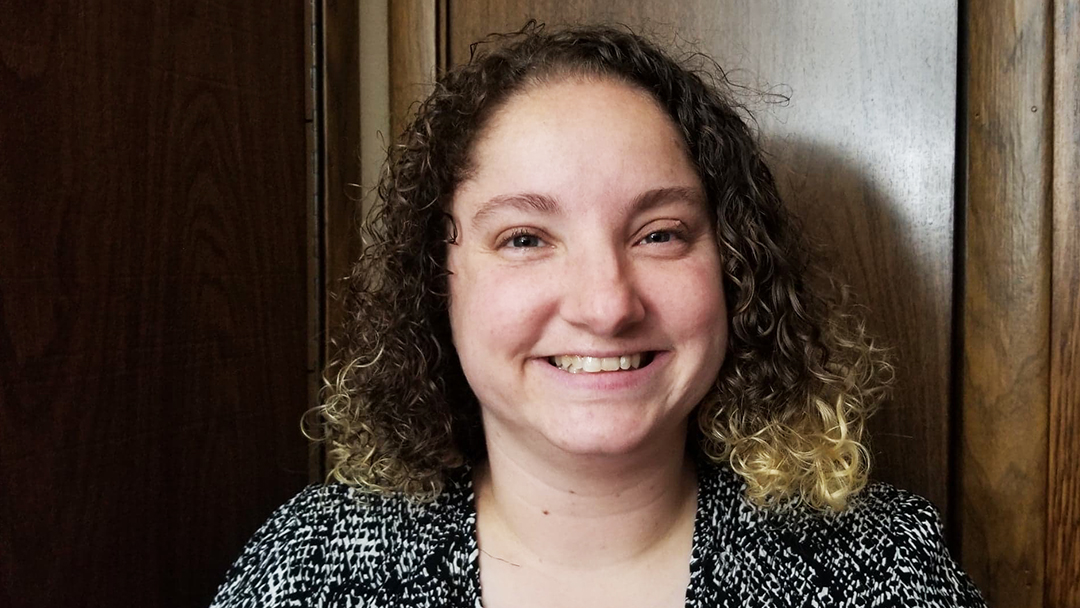 With a deviated septum that blocked her nasal airway, Mistie Melver couldn't breathe through her nose, and she rarely got a good night's sleep. That changed when, after two failed surgeries, she turned to Mayo Clinic. At Mayo, Mistie found a care team committed to ensuring her nasal obstruction repair was a success.

Mistie Melver will never forget Dec. 6, 2018. On that day, for the first time in 18 years, she was able to breathe through her nose.

"As soon as they took the splints out of my left nostril and said 'Take a deep breath,' I cried. For so long, I felt like I was suffocating. I slept poorly and would wake up feeling like a truck had run over me," Mistie says. "Being able to breathe deeply and normally was amazing. It was truly life-changing. I would finally be able to get a good night's sleep."

For a time, Mistie had lost hope that her nasal obstruction could be fixed. The 31-year-old from Waterloo, Iowa, had undergone two surgeries in her hometown to repair the deviated septum that prevented her from breathing through her nose — both without success.

By the time she met with Grant Hamilton III, M.D., division chair of Facial Plastic and Reconstructive Surgery at Mayo Clinic's Rochester campus, in August 2018, Mistie doubted she would ever find relief. But positive experiences Mistie had at Mayo Clinic on two prior occasions spurred her to make the 2½-hour drive to Rochester, Minnesota.

"When I go to Mayo, I feel like the doctors have my best interests at heart," Mistie says. "I put my trust, my faith and my life in Mayo's hands. I believe in them that much."

When they met, Dr. Hamilton explained that Mistie's septum was too big. As a result, it had to bend to fit in her nose.

"One of the things causing her nasal obstruction was the caudal septum — the cartilage that's between the nostrils and holds up the tip of the nose," Dr. Hamilton says.

He recommended Mistie undergo another surgery. Because of her two prior failed surgeries, one of the first things Mistie asked him was, "What are you going to do differently?"

Although Dr. Hamilton couldn't describe the specific approach he would use until he saw inside her nose during surgery, he assured Mistie that he would do everything in his power to repair the obstruction and give her as clear an airway as possible. That was what Mistie needed to hear.

"[Dr. Hamilton] came across as so genuine that I was comfortable with him and felt he would fix my septum."

"There was a calm that went over me when he said that. He didn't make any false promises and set unrealistic expectations, and that's all I could ask for," Mistie says. "That made me trust him. He came across as so genuine that I was comfortable with him and felt he would fix my septum."

The surgery — a procedure known as septoplasty — was scheduled for Nov. 29, 2018. Mistie's care team helped her get ready.

"I received a lot more information prior to the surgery at Mayo than I did the other two times," she says. "They took the time and went through the different scenarios of where they would need to take the cartilage from to fix my septum."

Along with Dr. Hamilton, Mistie's surgical team included Cassandra Puccinelli, M.D., a Otolaryngology/Head and Neck Surgery resident, as well as anesthesiologist Toby Weingarten, M.D. Mistie, who admits to having a fear of IVs, remembers how Dr. Weingarten put her at ease with his sense of humor.

"He went above and beyond to calm my fear of the IV, and he gave me sedation before putting in the IV," Mistie says. "It was important to him that I feel comfortable."

During the one-hour procedure, Dr. Hamilton shaved off the portion of the cartilage between Mistie's nostrils that was bent. That allowed the remaining caudal septum to fit in straight. He then reused a piece of cartilage that had been left in her septum from an earlier surgery and placed it alongside the caudal septum to reinforce it.

A week after surgery, Mistie came back to Mayo Clinic for a follow-up visit to get the splints in her nose removed. Once they were out, Mistie could take her first real breath through her nose in years. She was overjoyed.

"I hugged Dr. Hamilton and told him I couldn't thank him enough," Mistie says.

"With the team of Dr. Puccinelli, Dr. Weingarten and Dr. Hamilton, I would do this again in a heartbeat."

Overall, Mistie says her recovery from the surgery was fairly easy. That's typical, according to Dr. Hamilton.

"The vast majority of people are very pleasantly surprised that it doesn't hurt as much as they anticipate," he says. "There's no bruising or change to the outside appearance of the nose with a surgery like Mistie's."

Now even when she gets a cold, Mistie says she can still breathe through her nose, and the surgery has made a vast difference in her quality of life.

"With the team of Dr. Puccinelli, Dr. Weingarten and Dr. Hamilton, I would do this again in a heartbeat," Mistie says. "There was something in the tone of Dr. Hamilton's voice and his facial expression when he said, 'I will do everything in my power to get you breathing through your nose.' That meant the world to me."